Transbigotry and Glee: the T-word in the original Pilot

This original script (and the original pilot, but I can’t currently do anything with video because God hates me or something — Thanks Rev Phelps) have this scene (a lot of the details have changed, obviously, since this was written — Kurt doesn’t even exist in this script): 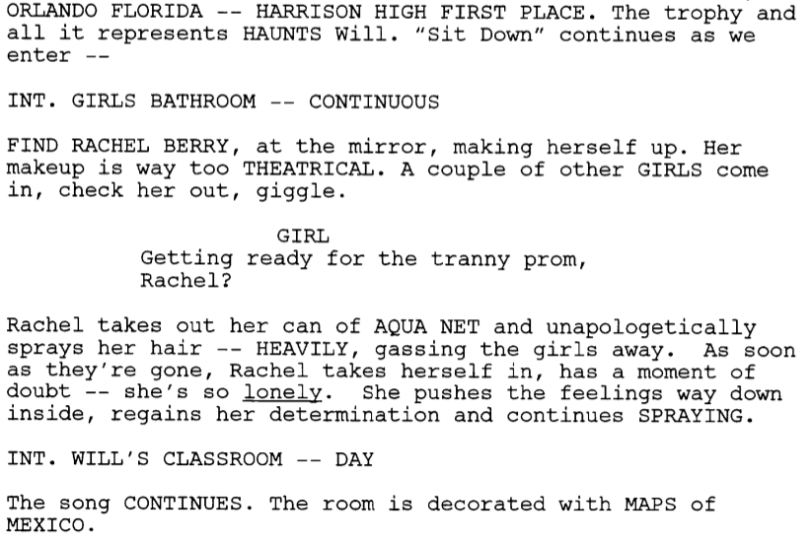 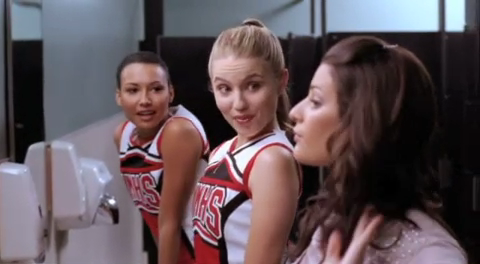 In the video this still is from, the “tranny prom” line is followed with “don’t forget to shave”.

Scary how lightly people use this word when they preach so vehemently about the use of another.

One thought on “Transbigotry and Glee: the T-word in the original Pilot”