You should read this: Why is Kurt Hummel dressed like a flying monkey? 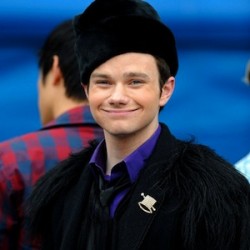 Racheline Maltese (who writes about Glee like nobody else writes about Glee) has really hit the nail on the head with her analysis of Kurt’s journey and how that explains the fur epaulets he wears in the season finale. Go on, you have to read it.

While Glee often causes me to ask somewhat bizarre questions, I never really anticipated that one of them would be Why is Kurt Hummel dressed like a flying monkey? And yet, this is the first thing I thought when filming stills started to leak weeks ago from the season finale finally broadcast this past Tuesday night. Even more surprising to me than the question, however, is that the question actually has an answer. While that answer is obviously … Read More

via Letters from Titan