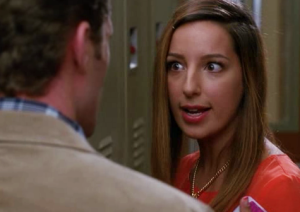 I suppose what set me off is the rude portrayal of the student with aspergers. There was a student who came into the Glee club tryouts with aspergers, thinking she was the greatest singer of all time but who in reality just couldn’t sing at all. This of course is not an unusual manifestation of aspergers as any of us parents could tell the Glee writers. There have been times over the years that both boys would think that they were doing something so amazingly that they could be the best in the world. An unrealistic perspective about one’s talents is part and parcel of this disability. They could think they are more capable then they are, or quite frankly, as with most cases, think they are less capable then they truly are simply because there are so many basic daily realities that they face that are so hard to accomplish and understand.

via Raising Asperger’s Kids: It Happened, Glee Pissed Me Off.

This is the first thing I’ve read that took Sugar’s self-diagnosis as actual fact, instead of believing it to be a ruse by a privileged brat who just used the excuse to behave as she liked. Of course the bit where she says “NOT ASPERGERS” is pretty telling, because people with ASD cannot just switch it off. There are other tells for me too.

Sugar Motta isn’t autistic. Sugar Motta is a spoiled, over-indulged child who has never been told “no.” She offers up her “self-diagnosed Asperger’s” as a manipulative way of behaving however she likes and getting whatever she wants. Sugar is obviously a privileged child — if Mama or Daddy Motta had ever thought that their little girl suffered from a developmental disorder, I’m sure they had the resources to have her evaluated; I’m confident that Sugar had an attentive pediatrician; I’m also going to bet that even Lima, OH, has a system in place to evaluate students who are educationally at risk. The fact that by high school Sugar remains “self-diagnosed” is a pretty clear indication that she is NOT on the spectrum. (Frankly, I keep waiting for them to mention that Finn has Asperger’s: he’s never been able to hold eye contact, speaks in a monotone, and is oblivious to the disastrous social errors he keeps making…)

via Don’t Turn it Off

Still, I don’t want to dismiss this out of hand. If people are seeing Sugar as really an Aspie, the depiction could be problematic. Also, I know as a person whose diagnosis is often depicted as excuse (I have never seen a genuine case of ADHD portrayed on television, only children wrongly diagnosed, being diagnosed to get the meds to stay up late studying, etc) that it is incredibly discouraging to only see fake cases portrayed.

What did you think of Sugar?

34 thoughts on “Did Glee Make Aspergers Student a Joke?”