The Glee Project: We have a winner (let’s talk) 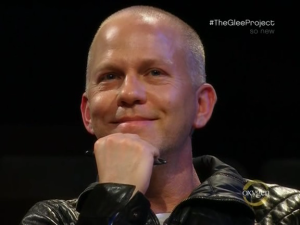 Seriously, here be spoilers. But not really, because it has aired.

I’m in the process of watching the show, but it strikes me that the show is much less interesting now that we know who our new Glee star is going to be. I wonder how may words I need to write before I include the results so that they don’t show up in the RSS feed? As much as I dislike calling stuff that’s aired already “spoilers” I don’t want to ruin anyone else’s fun.

So what do you guys think? I’m happy/sad, as you will all have guessed (at least those of you who’ve been following my recaps). Delighted for Damian and still kind of annoyed about Samuel. But, we’ll wait and see. I don’t see him fitting on Glee, but maybe that’s the point.

I’m in love with Max Adler pointing out how awesome Alex would be on Glee. Because he’s brave, and unusual and vulnerable and the kind of person who simply isn’t represented anywhere.

Having not seen the episode in its entirety, I don’t have that much to comment on, and it feels all so irrelevant now that the winners are known. I’m dying to hear what you guys thought.

Also, are the Klaine love triangle and Irishofsky things just overactive Tumblr-imaginations? Or is there some basis for these musings?

2 thoughts on “The Glee Project: We have a winner (let’s talk)”